These pieces are a complete departure from the more accurate renderings in the water and plein air paintings. They were inspired by preschool children’s drawings. Many artists have attempted to mimic the imagery of the very young, and the “primitive”; to crack the code of the untainted mind which does not know the constrictions of training. This is my go at it and I love some of them. All are mixed processes and materials on panel. 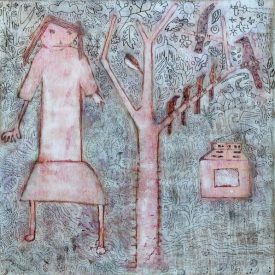 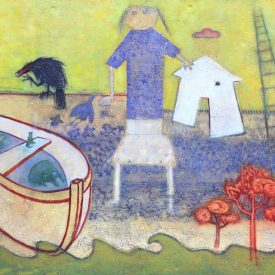 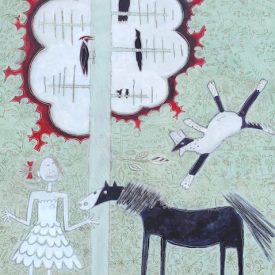 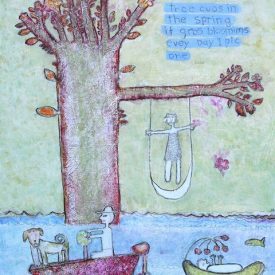 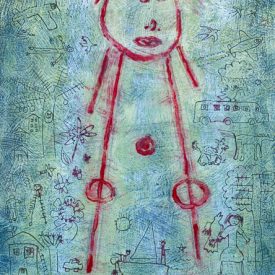 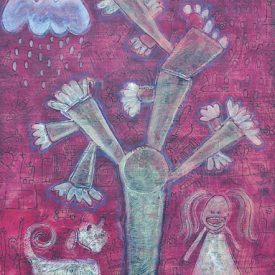 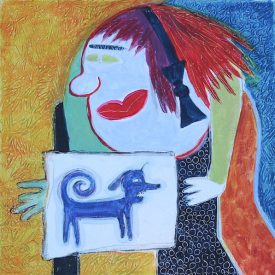 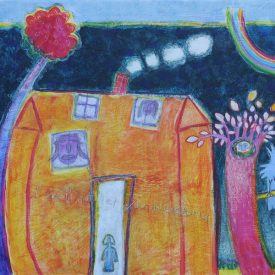 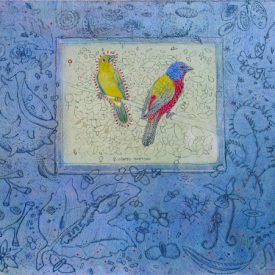 My work has always cycled between obsessive rendering of natural, external objects (plein air, the water series) and, what is far more difficult and compelling for me, delving into the chaotic accumulation of internal material. In other words “not working from direct observation”. Of course all art making is an interpretation whether from direct observation or internal sources.

Our eyes take in information, pass it into the brain, it moves through myriad channels, is scrambled and dredged back out. Some artists have turned to the so called primitives for lessons in plumbing our inner depths. There’s nothing wrong with that, the flaw is in the labeling primitive. Those human forms produced by African, South Pacific, North and South American natives, etc are not configured the way they are because the artists were naive or untrained, those interpretations of the human figure are highly sophisticated. I firmly believe that if those tribal artists had desired to render realistically, they could and would have.

I became convinced that the art of pre-school children contained the lessons I was seeking. This was more honestly the raw material of innocent eyes absorbing new information, processing it and then re-assembling the parts as a drawing. It’s a case of “you couldn’t make this stuff up”, but the kids did. I borrowed several friends’ children’s drawings that had been squirreled away for decades and made notes, found startling differences as well as universal similarities. In the library I found psychological analyses of children’s art.